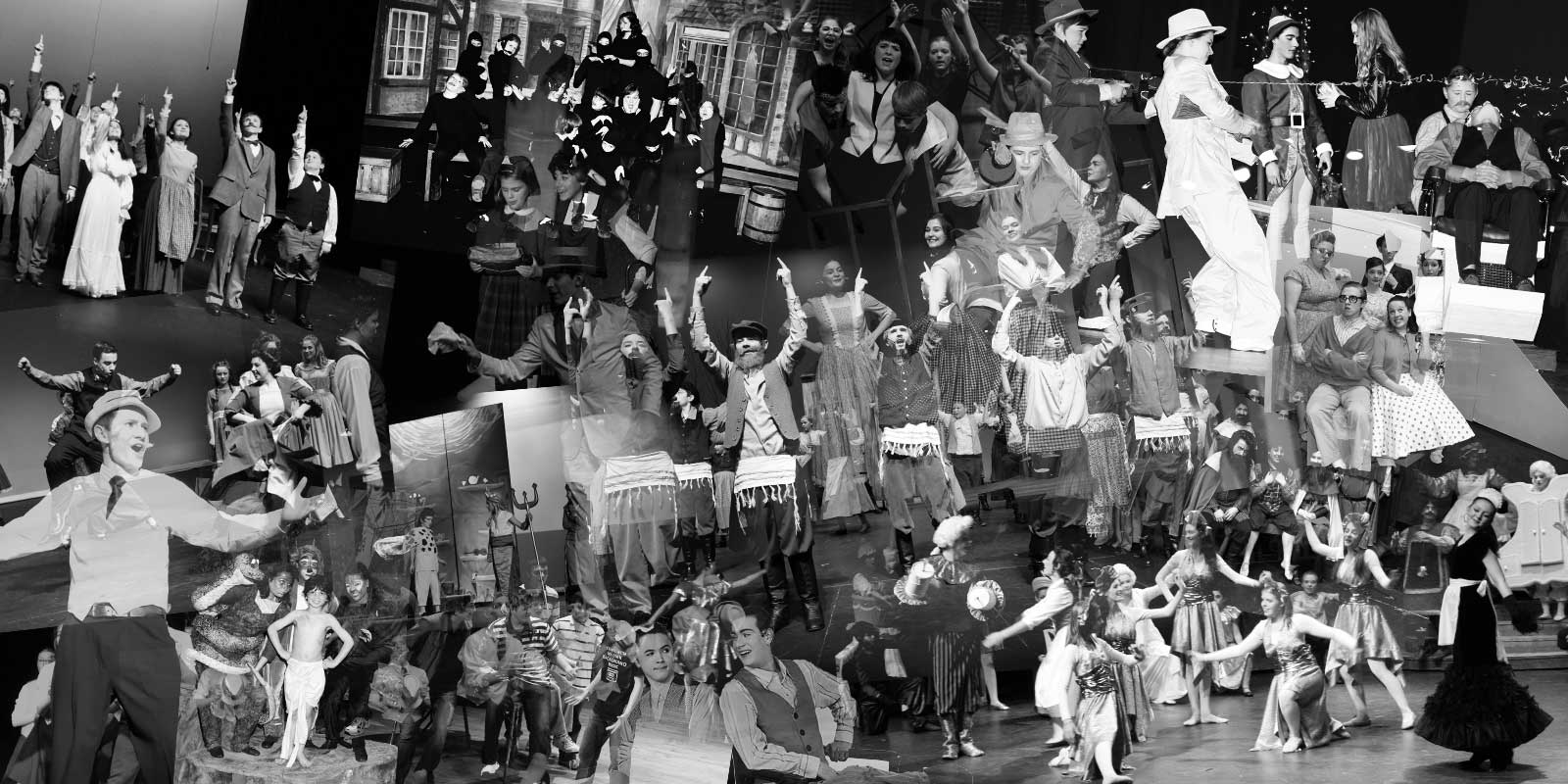 Ariel, the heroine of our story, King Triton’s youngest daughter. She is obsessed with everything about the human world, and dreams of becoming a part of life above the water. Stubborn, naive, and emotional, but also kind hearted. Looking for a strong singer and dynamic performer in this role. Character must be able to convey meaning through gesture once she loses her voice.

Prince Eric is the adventurous prince who captures Ariel’s heart. A human monarch who has no interest in inheriting the crown. A handsome, affable lad with a buoyant, adventurous nature. After Ariel saves his life, he becomes obsessed with finding her and hearing her voice once more. Looking for a charming performer with a sensitive nature. Prince Eric has a few small solos, but it is more important to be a strong actor.

A crab and advisor to King Triton. Sebastian is the meticulous, anxious, musical virtuoso crab who is constantly distraught from keeping after Ariel.  Despite his paranoia, he can’t bring himself to stand in Ariel’s way. Looking for a strong singer who can also handle Sebastian’s emotional range. Jamaican accent a plus.

Ursula is the banished, manipulative sea witch who tries to overthrow her brother King Triton. Supposedly spurned at childhood, she will use whatever method necessary to steal the kingdom and claim it as her own. She is cunning and devious and will stop at nothing to get what she wants. Looking for a performer who can bring out this villain’s humor while finding texture in Ursula’s complexity. Need strong singer who is comfortable with Ursula’s challenging solos.

Flounder is Ariel’s sincere and sensitive best friend who is loyal to the end. This spunky fish is smitten with Ariel, his best friend. Rambunctious but cautious, fearful of the dangers that lurk in and above the water. Childlike nature

Scuttle is the know-it-all disheveled seagull that serves as Ariel’s expert on humans. He is funny, offbeat and an expert in human artifacts. Loudmouthed, optimistic, and a bit ignorant, despite his supposed expertise. Looking for good comedic timing and is willing to have fun with Scuttle’s eccentricities. Flexible in movement. Tap experience preferred.

King Triton, Ariel’s father,  rules the sea and is a force to be reckoned with. Beneath his imposing presence and commanding nature lurks a harried single father who will do anything to protect his daughters. The death of his wife has also given him an irrational fear of humans. Needs to command the stage as a strong leader but also show the tenderness of a parent.

Flotsam and Jetsam are Ursula’s slippery spies. These electric eels are oily and spineless.  They will say anything you want or need to hear. Looking for performers who can be underhanded and devious and project! Hoarse, raspy sinister voice.

The Mersisters (Aquata, Andrina, Arista, Atina, Adella, Allana) are Ariel’s siblings and full of personality and sass. These are great roles to showcase talented singers and dancers who can create and play six distinctive characters.  Gender: Females (*Character Age: 16-45)

Prince Eric’s British prim and proper guardian. Droll, stuffy, and constantly urging Eric towards his royal duties, specifically marriage. He is rigid in personality and constantly trying to guide Prince Eric towards the throne. While Grimsby does have some singing to do, strong acting trumps singing ability for this role.  English accent a plus.

Songs: “Fathoms Below”, “Beyond My Wildest Dreams”, “The Contest”

Chef Louis is the over-the-top diabolical and violent head chef of the palace. A culinary perfectionist with an affinity for blades and all things culinary, seafood in particular. He is always wild and frenetic. This is an excellent featured role for a comedic performer.

Carlotta is the headmistress in Prince Eric’s palace and Ariel’s greatest human ally. Needs to be warm and maternal to make Ariel feel welcome.

Song: “Beyond My Wildest Dreams”

Pilot (Also cast as a Minion)

The Pilot is the head sailor on Prince Eric’s ship. This nautical expert who entertains the sailors with wild tales of the sea. The Pilot has a few speaking lines, but his singing voice is most important.

Songs: “Fathoms Below”, “The Storm”

The “Gulls” are Scuttle’s flock of zany “back-up singers” who help explain human stuff to Ariel.  The Chefs are Chef Louie’s assistants. The music in “Les Poissons” can be challenging, therefore chefs need to be good choral singers and strong dancers.

The six Princesses try everything they can to win the heart of Prince Eric. Since none of them possesses the voice Prince Eric is searching for.  Exaggerated and comedic personality through song.

Songs: “Beyond My Wildest Dream”, “The Contest”

The Sailors are the crew of Prince Eric’s ship. They are eager for adventure and ready to tackle a storm.

Minions live in Ursula’s Lair and assist with taunting Ariel

Gender: Either (All Ages)

The Seahorses are the court herald for King Triton. Clear speaking voice

The Sea Chorus are the ensemble underwater animals in King Triton’s court.  They are responsible for persuading Prince Eric to kiss Ariel.  Looking for performers who can move gracefully and are capable of being part of a scene without drawing focus.

Gender: Either (All Ages)

*Please note that character age ranges and songs are simply guidance, and not a restriction. They may be adjusted during the casting process.